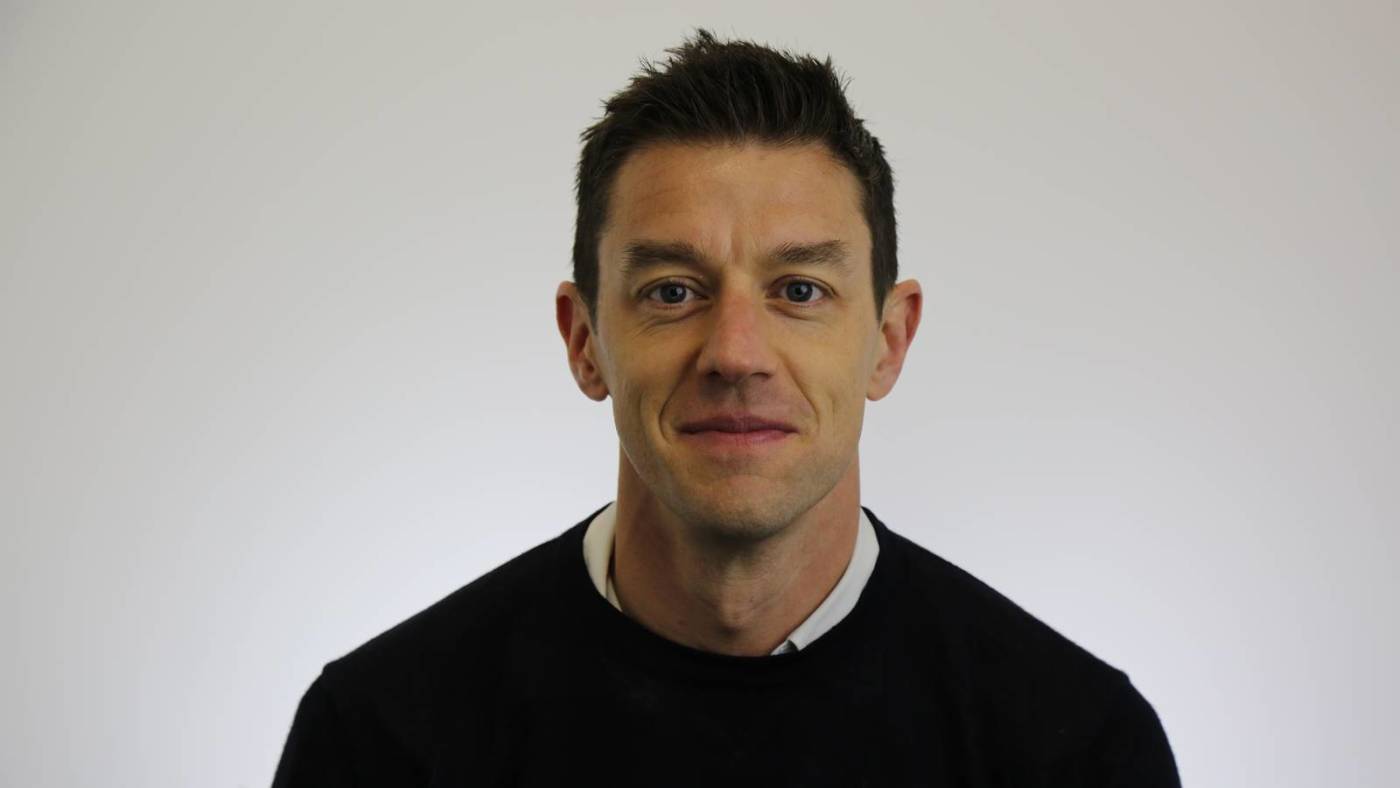 A question for you: You’re a quarter of a million miles from home, travelling at 5,000 feet per second in the opposite direction. One of the two oxygen tanks that you rely on for power as well as air suddenly blows up.

Who do you want on your team?

If it had been me up there on Apollo 13, there’s one person in particular that I’d have been reassured to know was down there on Earth, figuring out what I should do next. And in light of the fact that we’re looking for Technical Delivery Managers to join us in Improbable’s defence division, I want to ask if you or anyone you know would make half as good a TDM as someone called Arnold Deane Aldrich. If so, please head over to improbable.io/careers.

It’s not the technical prowess behind the Apollo programme that I admire most, nor the extraordinary engineering ingenuity or the supreme procedural rigour. It’s all the less easily quantifiable aspects: the grit, the collaborative spirit, the cold courage. It’s the sheer bright-eyed optimism of it all.

Perhaps more than anything, I’m astonished by the colossal range of skills, backgrounds and experience needed to pull off such an ambitious project. Everyone knows the names of Yuri Gagarin and Neil Armstrong, but you could spend a lifetime exploring the lesser-known stories of the hundreds of thousands of people back on Earth.

Take Homer Arh, for example – the 22-year-old mathematician who was instrumental in getting the crew of Apollo 13 back to Earth. Or Mary Jackson, NASA’s first African-American female engineer, who specialised in boundary layer effects on aerospace vehicles at supersonic speeds. And what about Margaret Hamilton, the computer scientist who led NASA’s team of software engineers and who’s credited with coining the term software engineering?

And then, of course, there’s Arnie Aldrich.

After the message came down from the crew of Apollo 13 that ‘Houston, we’ve had a problem here’, Aldrich was one of three people appointed to a Tiger Team tasked with leading the response. It was his job to work out what needed to be done and in what order if they were going to get the crew home alive.

Aldrich was, for much of his decades-long career, a programme manager at NASA. But listening to the interviews he gave to the Johnson Space Center Oral History Project, I can’t help thinking he would also have made the best TDM of his generation.

I don’t want to suggest that what we’re working on at Improbable as comparable to one of the greatest achievements in human history; I’m writing about Aldrich because there are five qualities we’re looking for in a Technical Delivery Manager and he just happened to have more than his fair share of all of them. I also happen to think that – for someone who worked on every manned space programme from Mercury, Gemini and Apollo to the Space Shuttle – his entry in the history books is too small.

The first quality we look for in a TDM is technical proficiency. (The clue’s in the title.)

"One of the lessons," to use Aldrich’s words, "is needing to understand in detail the systems that [you’re the] manager for. I tried to develop the habit of listening in-depth to everything [my engineers] presented to the level of detail they presented it. If they couldn't explain it to me so I could understand it, I had a strong suspicion they didn't understand it either."

Improbable’s synthetic environment platform is incredibly complex. It brings together the very latest advances in AI, Machine Learning, computational modelling and distributed systems engineering. Our TDMs sit between the platform engineering team and the product teams that help organisations like the Ministry of Defence, the British Army and the Royal Society use the platform to help them with everything from collective training to COVID planning. An ability to learn and understand how the platform works, what it can do and what it can’t do, is key.

Understanding what different users are going to want to achieve is also essential. So our TDMs have to be curious, as well. "[Managers] need to be energetic and interested in things," Aldrich continues. "Not just in some program they're not quite assigned to yet, but any program would be of interest to them."

In the case of Apollo 13, Aldrich and the rest of his team had to be thinking hours or even days ahead, and prioritising their decision making. The cascading consequences of even the most innocuous decision had to be thought through. Every engine burn, every course adjustment, every litre of oxygen and amp of power had to be accounted for so that the ship would approach the Earth at exactly the right time, at the right angle, at the right speed – and so that those frozen parachutes would deploy as intended, carrying the crew down safely to the surface.

Though the stakes are of course lower, there are obvious parallels with software engineering of the kind we’re engaged in at Improbable. Every technical decision and design choice, every allocation or reallocation of someone’s time has the potential to impact the success of the entire project.

The third characteristic essential to the TDM role is a respect and admiration for well-designed frameworks and effective processes. In a perfect world, the ultimate aim of a TDM is to refine and implement such effective methods and systems that they make themselves redundant. But as any prospective candidate will know, greenfield software development is by no means a perfect world:

"[Apollo 13] is a perfect example of what I’m talking about," Aldrich says. "What’s the problem? What are the possible options? What are the time frames that have to be dealt with to either enable the options or make them impossible? Find the perfect set of procedures and it's like a cookbook recipe. If we do a good enough job putting that together, anybody can do the job."

Designing and implementing the right frameworks and processes enables teams to assess and address problems – even entirely new ones – swiftly, efficiently and effectively.

A great chef, to extend Aldrich’s simile, doesn’t just put recipes together. Technical proficiency is just the start. She needs to be a master of people as well as processes and capable of building and maintaining a healthy, productive culture. She must manage her team’s time effectively, absorbing pressure, minimising distractions, and doing whatever’s necessary to ensure that from her near-chaotic domain of fire and knives there emerges cover after cover of perfectly prepared food.

"There's no recipe that's going to take you through it," according to Aldrich. "You've got to have intuition and insight and understanding and ability to communicate with people, to understand people, understand how much trust to give them or confidence to put in what they tell you."

This emphasis on managing people as well as projects reminds me of another part of Aldrich’s interview that’s stuck with me since I first heard it.

"In all of the years I had in aerospace, the best management style for a senior person I worked for is the one that Chris [Kraft] has. He would clearly assign you a job because he had confidence you would do it. Then he'd leave you to do it and be accountable, and he wouldn't come down and muck with the day-to-day. But what he would do is once a week, faithfully, you'd have an hour with him. It'd be your meeting. You'd go in and you'd talk to him about what you thought was most important, what you were having trouble with, what things maybe we should be doing we weren't. He was always up to speed on anything that was going on, so he would be prepared to talk about any of that."

5. A sense of mission

The most important characteristic we look for in a Technical Delivery Manager is also the rarest. And the strangest thing about it is that many people don’t know they have it.

For a long time, I was looking for the same things as most of my contemporaries: some mixture of financial security, intellectual engagement, career development and professional satisfaction. I had to find out for myself that these things are easier to attain when you stop pursuing them and allow them simply to ensue from something bigger – a worthwhile mission. I probably wouldn’t have marked myself down as a person with any greater amount of grit or resilience than anyone else. I still wouldn’t. But I have noticed that having a shared sense of mission makes the work seem both less arduous and a whole lot more fulfilling.

The mission doesn’t have to be grand. (My first was simply to start my own business.) But it does have to be real. You have to believe in it, and – as a leader or manager of any kind – you have to be able to instil that belief in others.

For Aldrich, like everyone on the Apollo programme, the mission was clear. It’s all there in that single sentence from JFK’s speech nearly 60 years ago: "I believe that this Nation should commit itself to achieving the goal, before this decade is out, of landing a man on the Moon and returning him safely to Earth."

At Improbable’s defence and national security division, our mission isn’t so cut and dried. There will never be a day when we can stand back and think to ourselves, ‘Mission accomplished’. And we’re not putting ourselves in harm’s way. But I think our mission is an urgent and important one: we’re working to help our governments and militaries keep our countries and service personnel safer. It seems to me like a worthwhile thing to do.