Neon Exile is a persistent VR MMO set in an open world. We caught up with the creators, Mythical City, to find out more.

How did Mythical City come about?

We started in 2011, when we launched our first game, a WW2 turn-based strategy for iPad, called Battle Fleet. The game helped to drive the studio forward and launch the Battle Fleet series. Over the next few years, we continued to develop mobile games, and eventually moved to PC and Steam with Battle Fleet 2, which turned out to have a big following in the PC strategy space.

What else did you work on before Neon Exile?

In 2016, with the launch of the Vive and Rift, we were struck by how powerful the potential of VR was. Yes, there were issues with VR, and it wasn’t ready for the mainstream, but it was clear to us that this was going to be the future of games. Since then, we’ve launched three full VR games and ported two of our strategy games into VR. 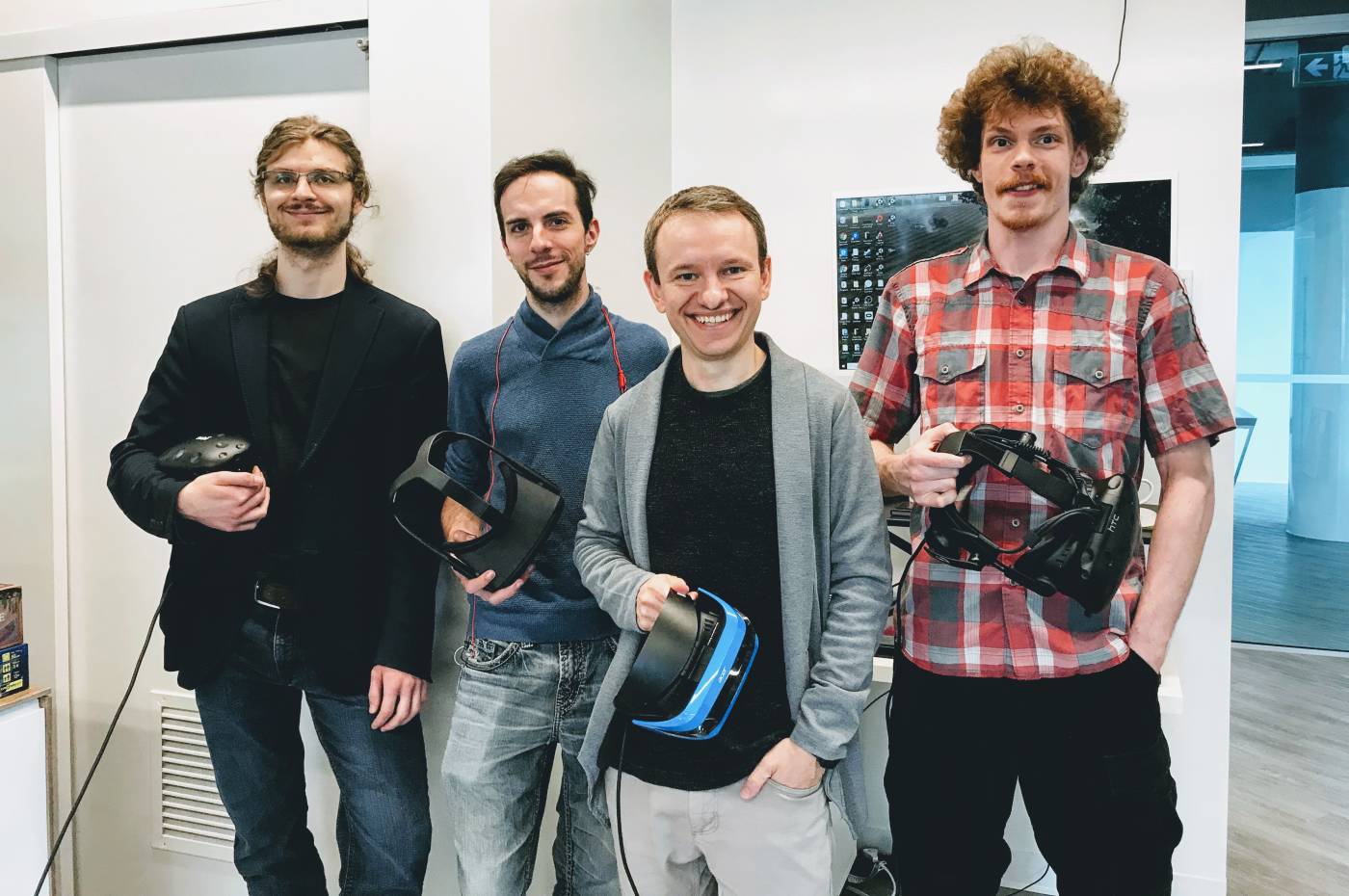 So, where did the idea for Neon Exile itself come from?

Experimentation – we were just so excited to try out everything in the VR space, and experiment with every mechanic we could think of. Every week, we would find ourselves testing out new games, or making quick prototypes. We still experiment and find that there is so much room to explore. It’s an amazing feeling to know you are on the cutting edge and that you are paving the way for the standards that will become part of VR games in the future.

Can you sum up the game for us?

Build, fight, explore and push back against a robotic threat in an open-world persistent MMO created from the ground up for VR. This is the world of Neon Exile, a world where your actions matter, because anything you build, craft or even drop will persist in a single multiplayer instance of this groundbreaking dystopian world.

Neon Exile lets players create their own stories by giving them the freedom to pursue the goals that are important to them. Unlike most games in the VR space, players’ actions have long-term impact, because everything they do matters in the persistent world. They are free to jump in at any time and explore the world, build massive structures, or seek out fast-paced action.

And what else makes Neon Exile stand out?

Coming from a film industry background, I love to bring story and world-building to our games. Neon Exile is a great example, where we are crafting a deep backstory to support the world and future development of the game.

So, when will we be able to get our hands on it?

Neon Exile will be launching into Steam Early Access this summer (2019), with the Fringe Sector vertical slice that features key game mechanics and a section of our persistent world. As we continue growing the game and getting community feedback, we plan to expand on the world and offer new environments, including the cyberpunk-themed Neon City that can be seen in the distance of the Early Access environment.

What would be your dream project?

We’ve always wanted to create something where players can shape their own destiny, a living breathing world that grows and changes dynamically. Neon Exile is a first step in creating that world and we can’t do it without collaboration from the VR community and technology like SpatialOS. 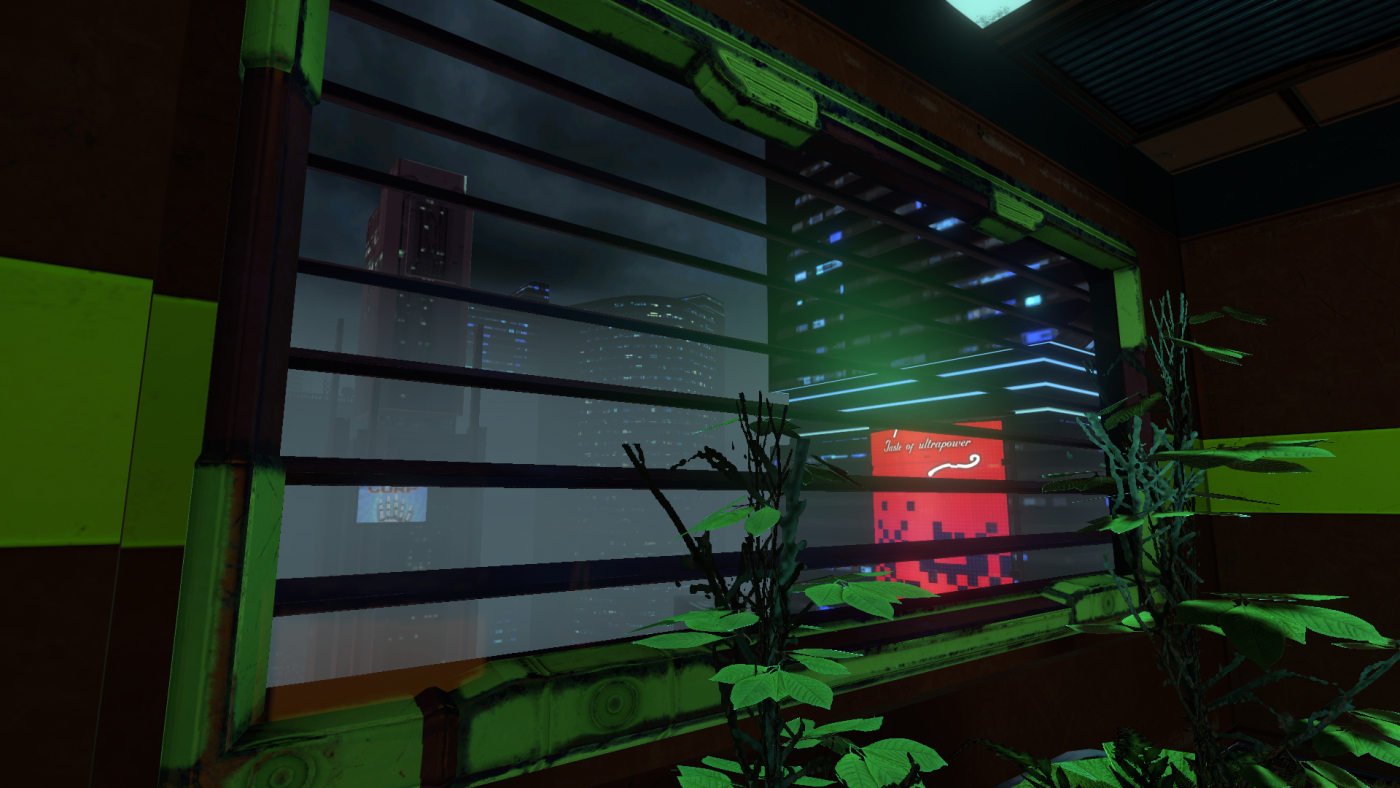 "There is so much potential for creating entire multiplayer simulated worlds with SpatialOS that we have lots of concepts. The sky's the limit!"

Which begs the question, why did you choose to develop on SpatialOS?

One of the biggest factors that drew us to SpatialOS was the persistent nature of the world. There just wasn’t anything like that in VR, where every object, every item was persistent. The idea that if I built something or dropped something, and it would be there until another player discovered it, was a creative spark that led us to create the Neon Exile world.

Did you build on SpatialOS, then, or did you port?

We started with a single-player prototype to test out some of the movement and interaction mechanics, to make sure they were fun and intuitive. Once we saw how immersive and powerful the feeling of leaping and climbing across the world was, we knew that this game needed the tech that would bring it to a wide audience. We discovered SpatialOS at the same time, and immediately jumped on board with testing out the early SDKs, so never really considered any other backend technology.

Did you use the GDK at all?

We used the Unity SDK for our early prototyping, and development started before the GDK was available.

Is there anything you couldn't have done without SpatialOS?

We’ve done multiplayer before in several of our games, but the idea of a shared persistent world that would have to support hundreds or thousands of players was overwhelming to consider without SpatialOS. It’s doable, but not by a small team with limited resources.

One of the features that really impressed us was that we didn’t have to worry about any sort of lobbies, player matching, or player-to-player networking. Once we built our first player and the server code to support the player, we could just let anyone run the game, and immediately they were in the same world with us. There were no ‘rooms’ to manage; if your game supports one player, it supports hundreds or even thousands.

Have any changes been particularly useful?

When we first started development with SpatialOS, we had to use a separate code editor for some of the server code, and the process of getting Unity set up was quite cumbersome. Very quickly, the Improbable team iterated on the tools, and made the whole process much simpler and better suited to the Unity workflow that we were already used to.

Is there anything else you’d like to do with SpatialOS?

The sky's the limit! There is so much potential for creating not only multiplayer but entire multiplayer simulated worlds with SpatialOS that we have lots of concepts for what else can be done. But even more exciting is seeing all of the amazing game concepts being developed by other teams using SpatialOS. I can’t wait to see how all of these games evolve and try them myself.

If you’d like to find out more about Neon Exile, you can sign up to the newsletter at www.neonexile.com.