London, 5 June 2017: Improbable, a British technology company specialising in distributed computing and virtual world simulation, today announced that Bill Roper, previously Vice President, Head of DI Central Creative with DCPI Labs (Disney Consumer Products and Interactive Media) at The Walt Disney Company is joining as Chief Creative Officer. Prior to Disney, Roper was a creative executive at Blizzard Entertainment where he was instrumental in the launching of the Warcraft, StarCraft, and Diablo franchises, as well as CEO of Flagship Studios and CCO of Cryptic Studios.

Jason Jhonson, previously Senior Director of Developer and Product Marketing at GitHub, will be joining as Chief Marketing Officer. At GitHub, Jhonson was responsible for brand, product and developer marketing for a community of 22 million software developers. Prior to GitHub, he occupied Senior Director roles in product marketing at PayPal and Yahoo.

These are both new roles at Improbable, as the company builds its leadership team after announcing in May 2017 that it had raised Series B investment of $502m led by SoftBank.

As new Chief Creative Officer, Roper will play a key role in working with studios to unlock the creative possibilities of Improbable’s cloud-based distributed computing platform, SpatialOS, and the possibilities for new gameplay types enabled by the massive, detailed, and persistent online worlds that can be built on SpatialOS.

As the new Chief Marketing Officer, Jhonson will be responsible for driving adoption of SpatialOS, and building Improbable’s brand as the leading distributed computing startup in the world, with a revolutionary offer to game developers.

Herman Narula, CEO and co-founder of Improbable, comments: “Too often, startup stories focus on the founders. We are building a world-class team at Improbable. These two critical hires bring a wealth of experience and a record of success with some of the biggest names in entertainment and technology. We’re delighted to have them at Improbable, as we move into a new stage of our history.”

Bill Roper, Chief Creative Officer at Improbable, comments: “From building the worlds of Starcraft, Warcraft, and Diablo, to overseeing products based on Disney’s rich intellectual properties, I’ve always focused on the opportunities created by new technologies to design richer, deeper experiences. By enabling developers to transcend the limits of traditional server-based gaming, SpatialOS and Improbable are opening up new possibilities in game design. I’m greatly looking forward to exploring this new potential with developers.”

Jason Jhonson, Chief Marketing Officer at Improbable, comments: “It’s hugely exciting to be joining Improbable at this stage in its journey. The first games built on SpatialOS are entering the market, and the recent investment has raised the company’s profile. This is an opportunity to build a foundational developer platform, which could transform games and many other applications.” 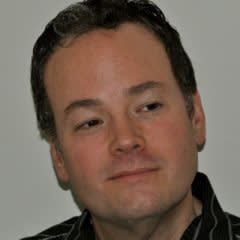 Bill Roper has been a leading figure in the global gaming industry for 23 years. He started at Blizzard Entertainment where his contributions were instrumental in the success of the Warcraft, StarCraft, and Diablo franchises.

After leaving Blizzard, Bill went on to co-found Flagship Studios as CEO and then served as CCO at Cryptic Studios. He joined Disney Interactive in 2011 as VP, Marvel Games and was promoted to VP/GM of the Core Games business in January 2012 where he lead the Disney Infinity, Fantasia: Music Evolved, and Partnerships development groups. In 2014, Roper assumed the role of VP, Head of DI Central Creative and in May 2015, moved to DCPI Labs where he applied his creative and business experience to exploring new ways to tell stories with new technologies. 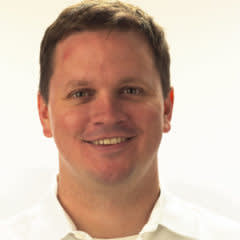 About Improbable  Headquartered in London, Improbable is a technology company dedicated to building technology to enable powerful virtual worlds and simulations designed to help solve previously intractable problems. In gaming and entertainment, this enables the creation of richer, more immersive and persistent virtual worlds. Founded in 2012, Improbable received $20m in Series A funding from Andreessen Horowitz in March 2015. Horizons Ventures led a $30m follow-on Series A in July 2015, which included Temasek Holdings. Improbable announced the launch of the SpatialOS Games Innovation Program in partnership with Google Cloud in December 2016, and showed a slate of games in development as part of that program at the Game Developers Conference in San Francisco in March 2017, including Bossa Studios (Worlds Adrift), Spilt Milk Studios (Lazarus), Klang Games (Seed), Entrada Interactive (Rebel Horizons), Ninpo (Vanishing Stars) and Soulbound Studios (Chronicles of Elyria). In May 2017 Improbable announced a $502m Series B funding round, led by SoftBank. Andreessen Horowitz and Horizons Ventures also joined this round with follow-on investments.

About SpatialOS By building on SpatialOS, developers can use standard tools and game engines to build new gaming experiences. SpatialOS lets a developer exceed the limits of a single server or game engine. It allows for a swarm of hundreds of game engines, running in the cloud, to cooperate together to simulate a world much larger, richer, and with more players than any single engine or server could. A game developer can spend their time on what they want to do: creating and growing their game world and its story, rather than building and maintaining server infrastructure. Developers can create massive, ambitious games with far smaller teams.

SpatialOS is currently in a free open beta for game developers – any developer interested in exploring how they can use SpatialOS to create new realities can download the SDK at http://spatialos.improbable.io