Improbable, the London-based tech startup behind the SpatialOS computation platform, has made two major senior management hires this week to support its rapid expansion plans. The company has hired Rob Miller as its first Chief Legal Officer and Michael Bannon as its first Chief Financial Officer. Rob Miller comes to Improbable from King, the mobile entertainment company behind the Candy Crush Saga, where he spent five years as Chief Legal Officer and Corporate Secretary.

In this role, Miller supported the King business through its rapid growth and led its IPO on the NYSE in March 2014, which was the largest IPO on a US exchange from a European company in recent years. Miller was also instrumental in King’s acquisition by Activision Blizzard Inc for $5.9bn, the biggest ever acquisition of a mobile gaming company.

Before this Miller also spent five years as General Counsel at Skype as well as working at eBay and BT.

He will be responsible for Improbable’s legal, regulatory and compliance issues as well as advising on the company’s strategy and key partnerships.

In 2016 the European Lawyer awarded Miller their first-ever ‘global in-house lawyer of the year’ award. 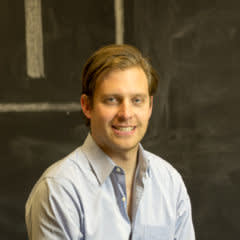 In its second hire of the week, Michael Bannon fills the role of Chief Financial Officer to oversee the company’s financial strategy.

Bannon joins from TPG Capital, a global private investment firm with over $70 billion of assets under management, where he most recently served as Principal and Head of Consumer. Prior to his 12 years at TPG, Bannon began his career in the M&A group at Morgan Stanley.

These senior management hires follow Improbable’s recent expansion to the US, where it opened a San Francisco office in January of this year.