Traditionally, at Improbable we’ve used GDC as an opportunity to share our progress with the games industry. Unfortunately, this year the organisers of GDC have made the difficult decision to postpone the event until an unspecified future time.

This has been a hugely significant year for Improbable, and, although we still hope to be able to meet our community later in the year, we wanted to provide a brief update on the last twelve months and explain our plans for the future.

Improbable began with our first product, SpatialOS, which provides multiserver networking for online games. But in the past twelve months, we have also acquired successful companies that offer co-development and managed hosting for multiplayer games. Meanwhile, our internal studios have made great progress on making our own games.

Every addition to our company, whether through building teams or acquisition, has a common theme: multiplayer.

Our goal is to make Improbable the most innovative and visionary partner for anyone who cares about multiplayer games - whether they are designing, developing, releasing, running or playing them.

Our structure and offering

SpatialOS was Improbable’s first offering to support multiplayer game developers, and its goal - to reduce the risk of creating innovative gameplay - remains an important part of our vision for multiplayer development.

Using SpatialOS, studios can innovate faster and experiment with gameplay, delivering high-quality, real-time multiplayer networking with the added possibility of game worlds with greater depth and scale. We’re excited to see what innovators like Netease Games, Klang and our own studio, Midwinter Entertainment, are doing with the additional computational power of multiserver networking.

SpatialOS is still improving. In the past year, we’ve rebuilt the core of SpatialOS for speed and efficiency. We’re already seeing improvements coming from working with Midwinter Entertainment on Scavengers that will improve the experience for all developers using Unreal. We have new features coming soon in our 2020.1 update. Further down the line, we’re very excited by our 2020.2 update, which will see massive increases in ease of use and performance, and also an update to our pricing which reflects the maturation of SpatialOS as a cost-efficient solution for a wide range of networked game types.

But SpatialOS is now far from our only offer in the field of multiplayer games.

In September 2019 we announced the acquisition of The Multiplayer Guys, a specialist provider of multiplayer outsourcing, from advice to full co-development, for multiplayer games. Working with every engine and platform, and with experience ranging from engineering and art to game design and production, The Multiplayer Guys are a young company with centuries of collective experience. They provide a cost-effective way to access a wealth of talent, from project-based outsourced teams to complete co-development.

Customers like 2K Games, Zenimax Online Studios and Mediatonic trust The Multiplayer Guys as co-development partners, along with many other customers past and present.

Through years of working with games studios, we’ve realised how challenging building multiplayer games can be. It’s about more than technology - it’s about being able to draw on the right skills at the right stage of development. By partnering with The Multiplayer Guys, we want to become the best possible partner for companies that want to manage technical risk and make great games.

In February 2020, we acquired the German managed hosting and server orchestration provider zeuz. This was a huge step towards our vision of providing an end-to-end resource for developers looking to make any kind of multiplayer game.

Like The Multiplayer Guys, zeuz combines a readiness to innovate and embrace new methods with extensive experience in multiplayer games. The container-based, hybrid cloud approach to game hosting provided by zeuz immediately gives game developers cost and efficiency benefits, and a stable, scalable and truly global hosting solution. Founded in 2017, zeuz already hosts successful games like Conan Exiles by Funcom and SCUM by Gamepires, along with many others.

We’re in the process of integrating these three complementary pieces - networking, co-development and game operations - to make Improbable the natural partner to support multiplayer game developers through the lifecycle of their game - from design through development to hosting and live operations.

Almost exactly one year ago, we talked for the first time about plans to make our first in-house game, led by our Edmonton office. Since then, we have also established a game studio in the UK, and last September we acquired Seattle’s Midwinter Entertainment.

Moving into game development was a major step for Improbable, but we felt that the time was right and the opportunity was too compelling not to take up.

A key reason for our confidence is the presence at the heads of these studios of Aaryn Flynn (former General Manager of BioWare) in Edmonton, Josh Holmes (former Studio Head of 343 Industries) in Seattle and John Wasilczyk (Executive Producer at EA DICE and Epic Games) in London. These studios are led and staffed by industry veterans with extensive experience of making and delivering games from the Mass Effect series, the Halo Franchise, Fortnite and many other hugely successful games.

Our studios will take advantage of the combined benefits of all our technologies and services to deliver critically and commercially successful games.

However, they also provide invaluable feedback on how the technology and services we offer can be grown to fit the needs of developers making their own games.

We want players to love the games that come from Improbable Game Studios, with Scavengers as the first to market. But the battle-testing and the informed, deep feedback from our studios as they build these games will benefit every developer working with us.

GDC was the first opportunity for us to show our progress as a true multiplayer company, and to tell the community how we are working with more games companies than ever before - many more than at any time in our existence.

Creating a truly end-to-end solution for game development takes time, and patience, and enormous technical expertise. We are confident that we have the people and the resources to deliver real, positive impact to every level of multiplayer game development, from the first design ideas to the ongoing operation of an evolving game in the hands of dedicated, engaged players.

We’ve grown and changed a lot since our last GDC. Although we’re sorry not to see you in San Francisco, we’re excited by what we’ll be able to show you in the year to come.

We’ll be making major upgrades to our networking, and producing demo material to show just what you can do with them. We’ll be building and integrating our co-development and game operations services. And, later in the year, we’ll be lifting the covers off Scavengers and showing what our combination of multiplayer products and services can do for a great idea in the hands of a talented development team.

We’ll see you soon, we hope - and if you’d like to talk to us, get in touch at hello@improbable.io. 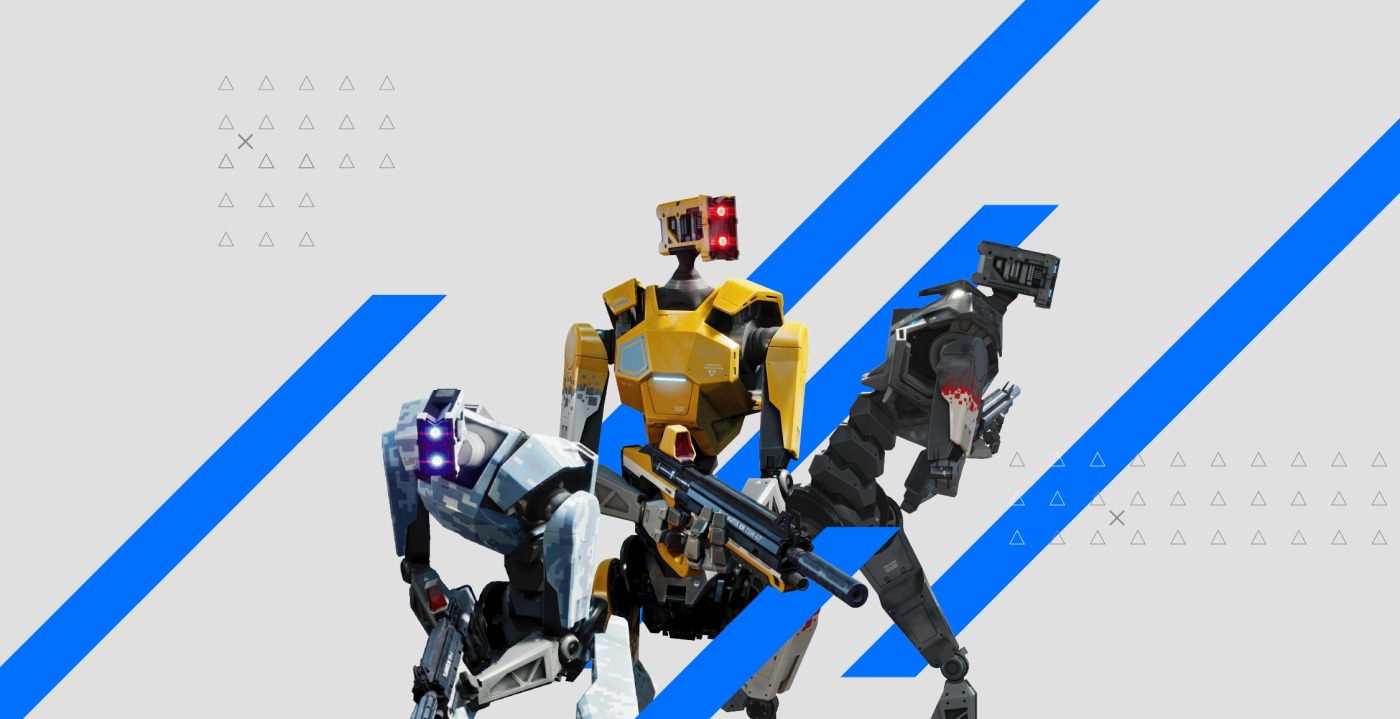