On 5th April 2017 in Cambridge, United Kingdom, the Cambridge Computer Lab Ring awarded Improbable ‘Company of the Year 2017’. The Lab’s Company of the Year award has previously been awarded to innovative companies including Raspberry Pi, SwiftKey and Deepmind Technologies.

Improbable maintains a close connection to the University of Cambridge with many staff who are alumni, including co-founders Herman Narula (CEO) and Rob Whitehead (CTO). Improbable was already a member of the Cambridge Computer Lab Ring ‘Hall of Fame’ – a prestigious list of companies and technologies that have grown from the University of Cambridge’s graduate pool and beyond. 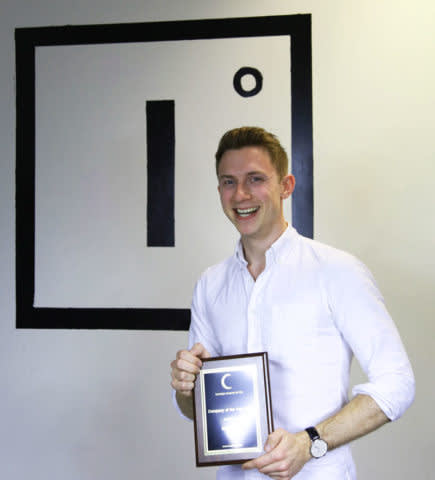 “I always remember seeing the wall of fame on my way into lectures at the Computer Lab as an undergraduate,” said Rob Whitehead, co-founder and CTO of Improbable, “It’s going to be a proud moment to see us up there on our next visit.”

The award was presented at an event in the Old Hall at Queens’ College, Cambridge by Andy Hopper, Head of Department at the Cambridge Computer Lab, and by computing pioneer Dame Stephanie Shirley.

The Cambridge Computer Lab Ring was founded in 2002. The Hall of Fame Awards take place annually, to celebrate the success of companies founded by Computer Laboratory graduates and staff.

Check out the latest opportunities and apply to join the Improbable team in either London or San Francisco.