London, 12 November 2020 - Improbable’s Defence business has been awarded a contract for a second year to further develop and extend a Single Synthetic Environment (SSE) Technology Demonstrator for UK Strategic Command, the major organisation of the British Armed Forces responsible for leading integration across all domains - cyber, space, maritime, land and air.

This award comes after the successful completion of an initial twelve-month contract to create a prototype SSE that supports a detailed simulation of a part of the real world. CAE, a global provider of modelling and simulation applications and training services, helped establish the project in the first year, and will continue to support in the second year as a key technology partner in the SSE ecosystem, along with a growing number of ecosystem partners.

The second year will see the development and expansion of this prototype SSE into a cloud-based tool which will enhance users’ planning and decision-making. Improbable and UK Strategic Command will build upon the successful processes of joint development pioneered during the first year - embedding military personnel with the contractor in an integrated project team and using an ‘agile methodology’ which puts the military user at the centre of design and development.

This close collaboration ensures that UK Strategic Command can guide development, seizing the opportunity presented by new and innovative technology approaches to drive transformation while delivering high-tech projects that will help address some of the most pressing defence and national security challenges. The joint approach also ensures that UK Strategic Command can ensure and review the success of the trial while simultaneously engaging with wider industry to understand its readiness to support a potential SSE programme.

This new contract is complementary to the SSE (Training) project that Improbable is delivering for the British Army, which was announced in August 2020, and leverages the progress made by UK Strategic Command’s SSE project in its first year. Both projects will be built on Improbable’s synthetic environment platform, which is engineered to enable the fast and efficient development and integration of a range of interconnected synthetic environment applications - from collective training to decision support tools which augment planning processes - all operating on a common architecture.

Synthetic environments: the next generation of training, planning and decision support

The vision is that Improbable’s synthetic environments will be virtual worlds capable of realistically simulating the complexity of the modern world, and enabling military users to experiment, test plans, conduct training and improve overall organisational preparedness before taking real-world decisions. 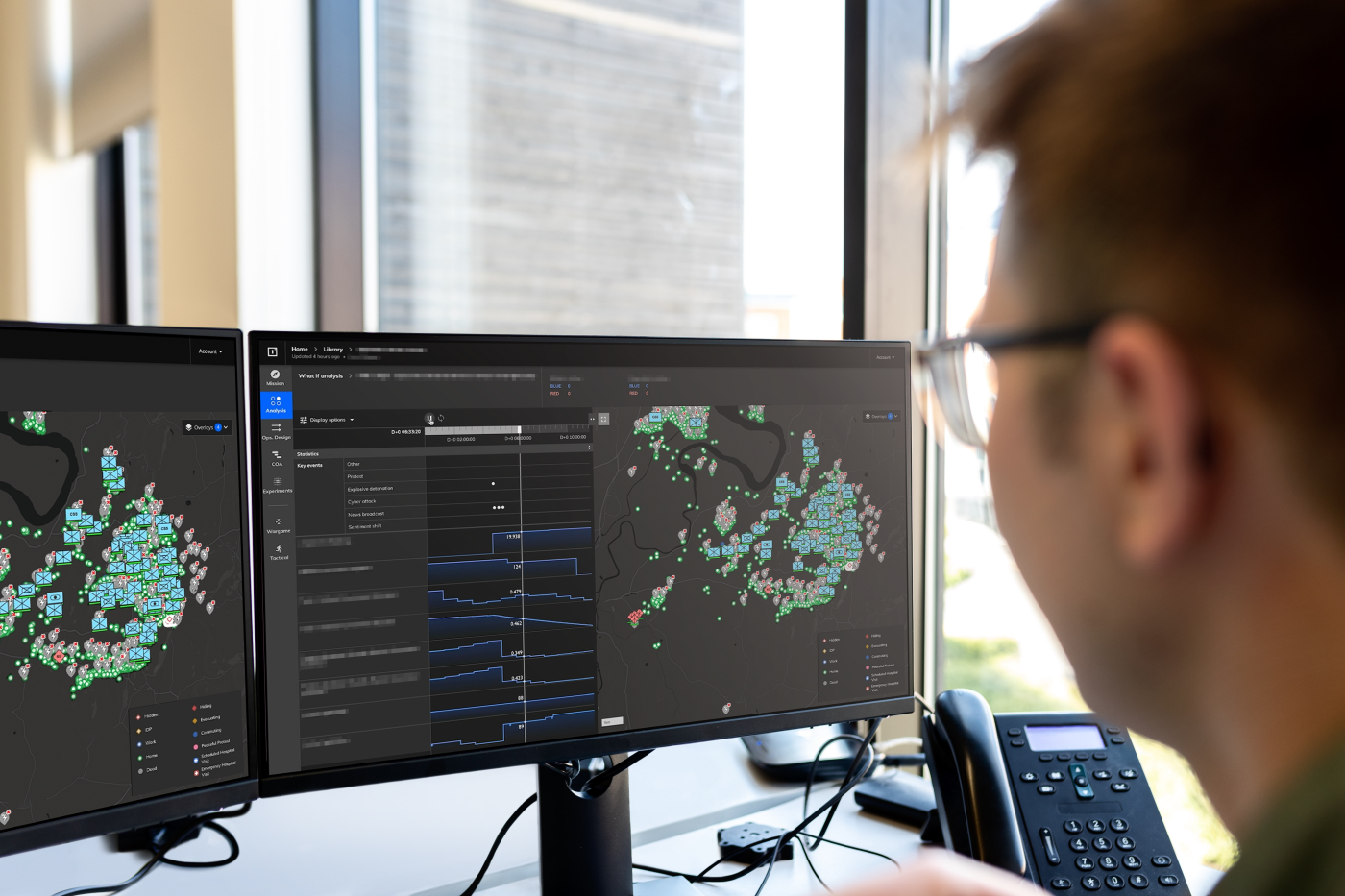 The SSE being jointly developed by Improbable and UK Strategic Command delivers a simulation demonstrator which models the conventional physical domains (maritime, land and air) as well as aspects of space, cyber and the information environment. The simulation brings together models of physical elements such as weather, terrain and infrastructure networks with more abstract systems such as social, political and economic ones; and enables the exploration of the causal relationships and interdependencies between them.

The SSE combines inputs from a diverse ecosystem of other technical applications, models and data (some of them powered by cutting-edge data analytics and Artificial Intelligence/Machine Learning technologies) supplied by ecosystem partners from across industry, government and academia, all integrated and hosted on Improbable’s synthetic environment platform.

The SSE has the potential to enable decision-makers at every level – from political to tactical – to test and rehearse policy choices and military courses of action in a rigorous, data-driven way. This will allow them to assess probable consequences with a far greater and more data-driven level of confidence than has previously been achievable.

As well as delivering capability improvements, the SSE also has the potential to drive major efficiencies and further innovation. The open platform on which it is built is designed to encourage competition and streamline development, significantly lowering the cost of procuring and operating synthetic environments.

“This deal is a fantastic example of how world leading British Innovation and tech know-how can establish a truly integrated partnership with Defence to boost jobs, gain competitive national advantage and strengthen our ability to protect the UK and its allies across all domains: Land, Sea, Air, Cyberspace and Space. I am delighted that we have extended Strategic Command's relationship with Improbable and I see this as a critical accelerant to Britain's Armed Forces transformation for the Information Age.”

“We recognise the need to be able to sense and understand the complex modern world and to orchestrate integrated responses to it at increasing tempo. We are excited that a Single Synthetic Environment holds out the promise of enabling the realisation of that goal, and of providing the environment for realistic, credible but also affordable planning, training and mission rehearsal. Our aim is to foster the innovation which will underpin defence transformation, and an investigation of the technical viability and potential utility of an SSE is an ambitious and ground-breaking project which supports that aim”.

“Improbable is delighted to continue our work with UK Strategic Command. In an increasingly complex world, where threats to national security demand a rapid and coordinated response, we continue to demonstrate that the Single Synthetic Environment is a unique and powerful capability with the potential to give Britain a truly competitive edge over its adversaries.

“This is also a fantastic opportunity to create hundreds of skilled jobs in the UK technology and defence sectors, and establish home-grown expertise in a capability with such enormous potential.”

Founded in 2012 and headquartered in London, Improbable employs more than 700 staff, with the majority working in the United Kingdom.

The business works across the NATO alliance and with a range of industry partners to transform planning, training and decision support in the government, defence & security community.