Meet Peter: The role of a Producer at Improbable

Peter Cornelius, previously a Game Producer at Paradox Interactive, reveals the ins and outs of his role as a Producer at Improbable.

So, you’re a Producer at Improbable. What does this involve, day to day?

The biggest part of what I’m here for is working with our partners. We have a handful of close partners who develop on SpatialOS who we think will help take us to the next level – who will be part of the SpatialOS success story. Producers like me and my team work with specific partners and help them succeed however we can; it’s unconventional warfare. We don’t stop at helping with SpatialOS, we bring all our experience to make their game a success.

Take Midwinter, who we are currently working with on Scavengers. The team are very experienced, they don’t need a lot of help with game design, but they have benefited from our technical help. We’ve helped them get into the SpatialOS mindset. 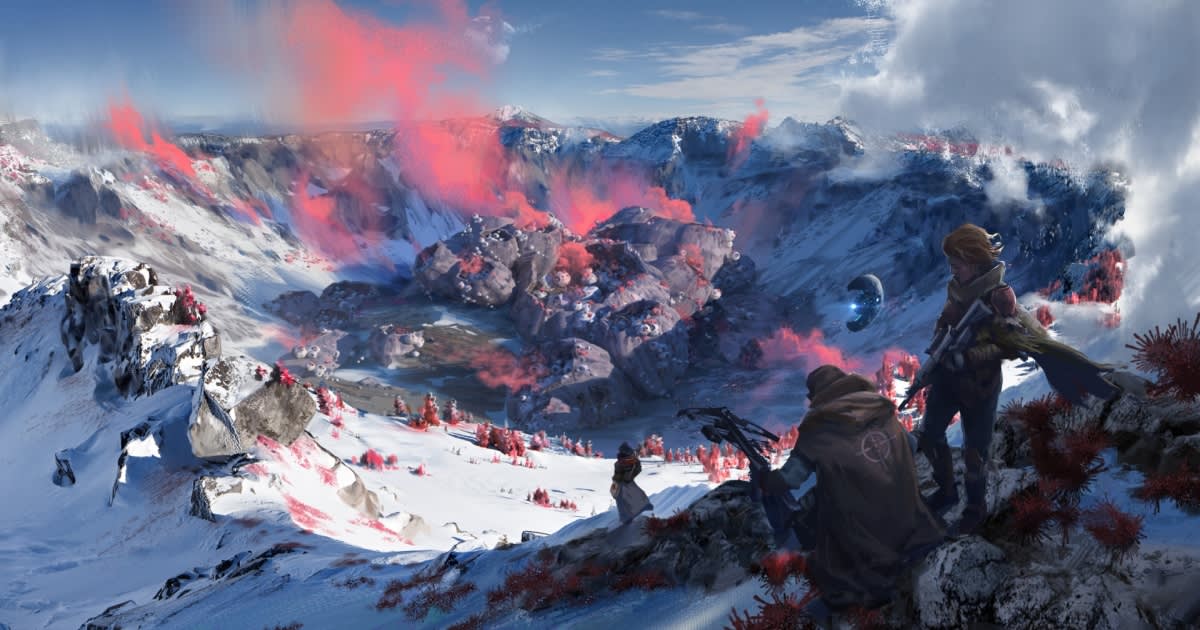 If you sum up what a Producer does here: we make sure that our partner games are as successful as they can ever be. Together with our Games Programmers, we ensure that both the SpatialOS team and the developers know what is needed and how we’re going to get there.

Since our only loyalty is to the games our partners produce, we have every incentive to help our partners succeed. After all, we’re all industry veterans, we know what it feels like to work on a game. Artists don’t want to write command-line prompts to update their build every time; they want to see what the light looks like. We get that because we’ve been there.

At Improbable, we want to make SpatialOS fit our partner’s development, not the other way around. The people developing on SpatialOS should make the games they want to make, in the way that they want to make them. Just this week I’ve helped define the core features in one game, advised on the monetisation of another, and handled the effects of unplanned changes in a third.

Things we help on can range from design, monetisation strategy, and testing to production methodology and creative ways to get the most out of SpatialOS etc. It’s a rewarding job that calls for adaptability. Project management is just the beginning.

Just this week I’ve helped define the core features in one game, advised on the monetisation of another, and handled the effects of unplanned changes in a third.

What are the advantages of working at Improbable over anywhere else in the games industry?

A misconception is that we’re a tech company and that we don’t work with games. Yes, we are building the backend of games and solving engineering problems towards building these new worlds. But if you ask any producer or programmer within the games production team, they will say that the majority of their time is spent inside the game development teams of our partners. Sure, we’re sitting in London, San Francisco or wherever, but we’re working with their code, their design, their documentation. We’re at Improbable, but we’re part of making the same game and will be credited for our contribution.

If you work at a studio and you’re only working on one game, you see nothing but that game, and no matter how much in love you are in the beginning, by the second or third year, you’re ready to look at something else. At Improbable you get to learn from many projects, studios and genres all at the same time, rather than just a single project. You get to learn from some of the best in their field, alongside amazing co-workers.

In my seven months here, I have visited many studios. Each time I do it, I get to learn something from some of the great minds in the game industry. Seeing how they run meetings, organise their day or how they think about design – I’ve learned so much just from being around these people. 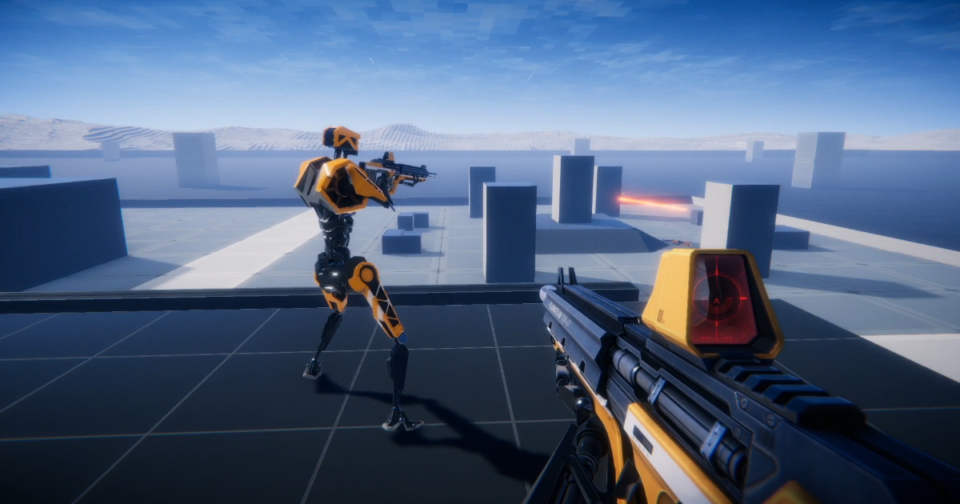 There’s also a limit to what you can learn elsewhere. If you’re making an online shooter, you become an expert in that niche, at the cost of other learning. At Improbable, you get to be in a team that works with every imaginable genre – not just existing ones. We’re also helping to invent new genres. We’re working with a strategy game with potentially thousands of players online together in the same persistent world. You can’t find a game like that today, but we’re a part of making one.

Not to mention the opportunity to become an expert in SpatialOS – in a couple of years, when it has conquered the world, people are going to want developers who know how to use it. This is the chance to say, “I was there from the beginning. I’m an expert. I can help you.”

As a producer, I suppose you have unique insights into the best ways to use our technology to design innovative games?

Yeah, it’s beyond a technical issue. We talk to many studios who are incredibly good designers. They’re experienced in every way, but a game created using SpatialOS is different. As developers, there are so many things we do because we’re used to limitations, but with SpatialOS, you can remove a lot of those limitations.

For example, let’s say you killed a titanic Stone Giant. You can let the remnants of its massive body be persistent so that they form the new landscape of the world. How are you going to let that shape a city built there? A developer or creator working with SpatialOS has a broadened mindset and horizon, which is something we can bring to experienced studios who may still shape their thinking around pre-SpatialOS limitations. 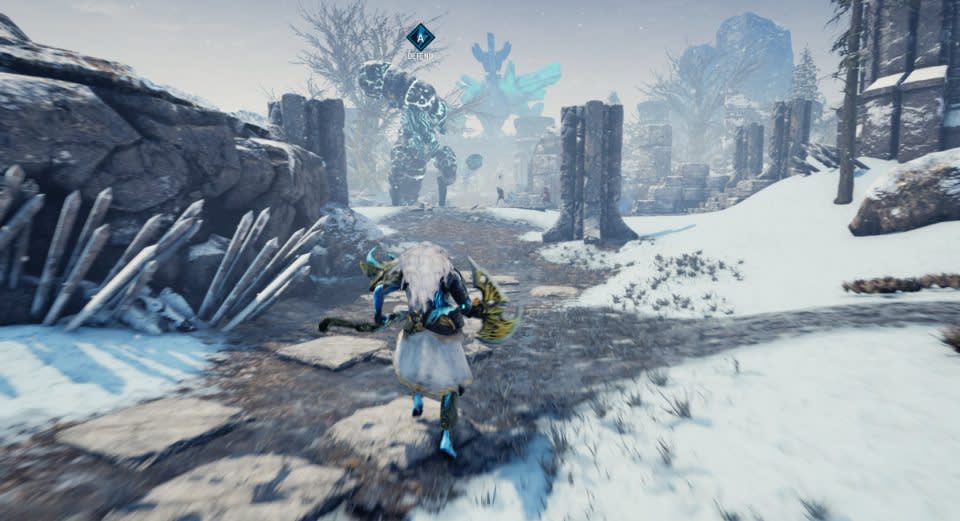 You can see your doctor in an app, you can do your mortgage updates on the web. These are clunky experiences compared to the virtual world that we may one day choose to live in. A world that’s within our grasp. It’s extremely liberating to be part of a company where this is actually on the roadmap. The possibilities are endless. We’re just seeing the beginning.

What does the future of games look like to you?

Everything we believe to be true about games today may remain, but there will also be new experiences, ones we have never thought of before, or dreamed of but didn’t think possible. That’s why it’s so exciting to work in the production side; we get to actually work on making the games of the future into reality. What does a million player game look like, a billion player? We are working to answer those questions and challenging our partners to dream bigger.

“We get to actually work on making the games of the future into reality.”

The definition and accessibility of games is changing, too. I asked my mum whether she’s a gamer, and she said no. So I replied, “But you play Wordfeud religiously with your friends on your phone.” She said, “That’s not really a game.” But it is. Whether you play walking simulators, massive classic arcade battles, or something in between, you’re playing a game. In the future, everyone will play and Improbable will be part of that.

When I got into games nearly 10 years ago, there were maybe a few million gamers. Now there’s a billion, and in another two years, there will be more. Every smartphone is a potential portal to virtual worlds – with 67% of the world owning a smartphone, there are a huge number of people who could possibly access these worlds if we build them in a clever way. The sheer complexity and size of the worlds we can build is staggering. We have the chance to change what culture will look like for half the human race, and I want to be part of that.