The nexus of distributed systems engineering and game development

Our Partner Engineering division is always growing – which means we’re always looking for skilled people to fill a wide variety of roles. Check out the current openings.

The division is such a dynamic part of Improbable with so many different responsibilities that it can be difficult to pin down precisely what the various teams do on a day-to-day basis. I spoke to a range of Engineers to find out exactly what life’s like on the leading edge of multiplayer technology development, why so many different people with such different backgrounds decided to join us -– and what keeps them here.

When I asked them, ‘Why Improbable?’ our Partner Engineers gave me all kinds of answers.

‘It doesn’t matter how new you are or how junior,’ Patrick told me, ‘you’re likely to find yourself sitting down with studio CTOs and CEOs, speaking on behalf of Improbable. And they really listen.’

‘After six years at a AAA game studio, I interviewed at a bunch of places,’ said Teri. ’Only Improbable thought to introduce me to several senior women programmers, which helped me feel a sense of belonging right away.’

Claire said that it’s the unique approach to problem-solving that most appeals to her. ‘You need to balance procedural rigour with a willingness to experiment. Because when you’re working with distributed systems, you’re looking for answers to questions that nobody has asked before. It doesn’t matter if you’re working on a studio’s three-year-old game code or Improbable’s own platform: nobody’s going to object when you say, “Just because it’s always been like that doesn’t mean it’s got to stay that way.”’ 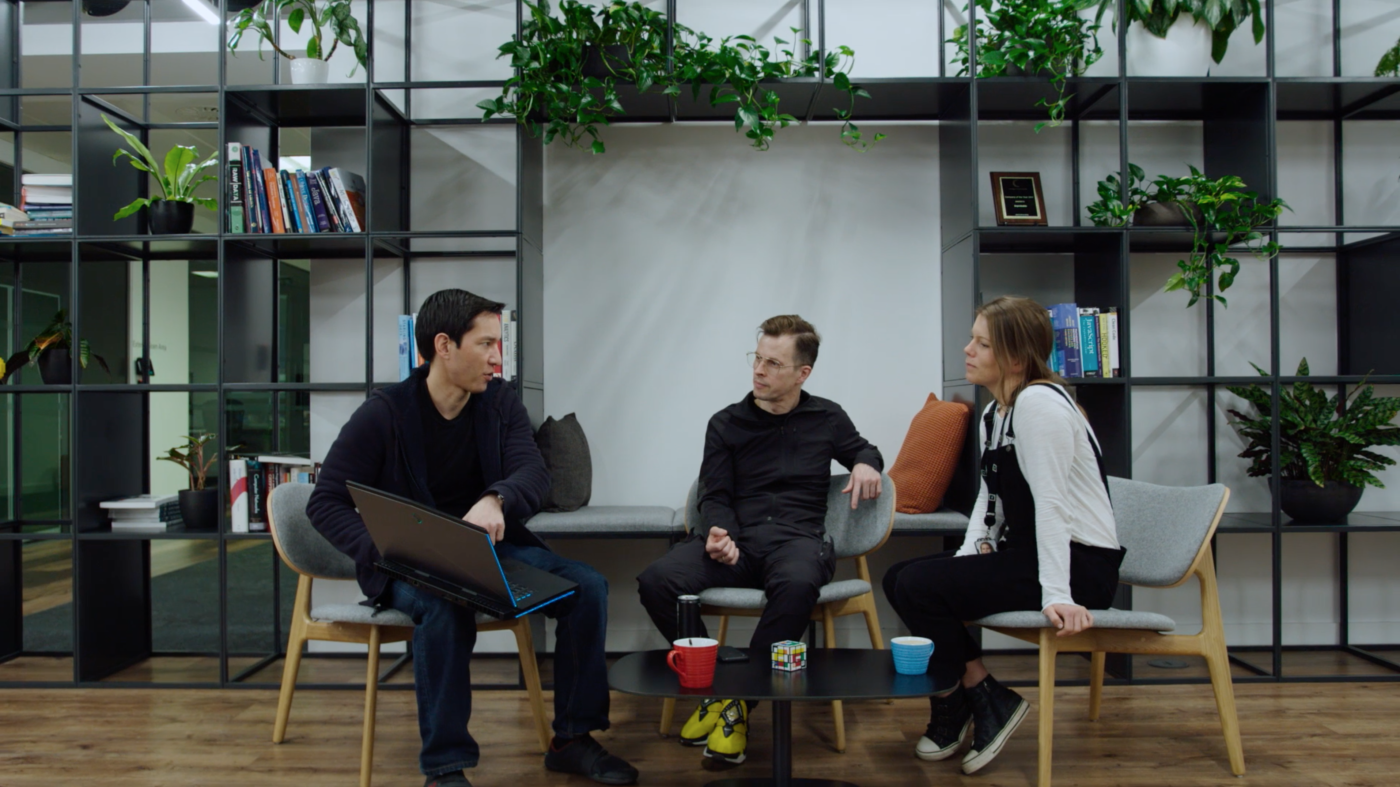 The diversity of reasons for joining Improbable is indicative of the wide range of skills, backgrounds and personalities here. Many of our Partner Engineers are, like Teri, veterans with credits on multiple AAA titles. Others are ex-indie developers. Some are straight out of college, and some didn’t set out to work with games at all. Patrick, for example, specialised in aerospace engineering. He took a summer internship with a small game studio to brush up on his programming and, well, one thing led to another. F1’s loss is Improbable’s gain.

Having people with different values, perspectives and levels of experience isn’t only an advantage when it comes to bringing fresh thinking to tough technical problems – it also promotes a healthy culture. ‘The games industry is infamous for overworking people. In a lot of places, it’s just expected that you’ll work evenings and weekends.’ Claire said. ‘Here, you’ve got plenty of people who’ll remind you that there’s more to life than the office. And it’s not just a ‘policy’. You’re really encouraged to take breaks, spend time with the family, and do whatever it is you do that’s not engineering - and yet we always get the work done.’

Many of the people I spoke to also highlighted the variety of work on offer. ‘My last job was studio-side,’ said one of the other engineers I spoke to. ‘I worked with one team, on one title, for several years. Since I joined Improbable five months ago, I must have worked with at least three different studios on three different titles of different genres, using two different game engines, with teams in France, North America and the UK.’

Another of the team highlighted the opportunity to learn new skills at Improbable. ‘I came here with a pretty in-depth experience of C++ and architecting large systems. It turns out my technical skills were just the starting point. I’ve only been here half a year and already I’ve been promoted and my people skills are quickly becoming just as valuable.’

One common theme I encountered again and again is the fluid, fast-moving environment. ‘You need to be able to pick up tasks at a moment’s notice (but you’ve also got to be willing to pass them on, even if you’re itching to finish them yourself) so it can seem kind of chaotic’, Patrick told me. ‘With the emphasis,’ he was careful to add, ‘on seem.’

What exactly does Partner Engineering do?

Perhaps this sense of controlled chaos is generated by the wide range of overlapping responsibilities within the Partner Engineering division – responsibilities that bridge the gap between cutting-edge game technology and multiplayer development. It’s not pure enterprise engineering, but it’s not entirely game development, either.

Here’s how it breaks down.

First up, you’ve got the Field Engineers who help customers evaluate Improbable’s multiplayer networking engine, SpatialOS. Join them, and you’ll be running workshops, building demos, and figuring out how developers can use our technology to overcome all kinds of creative and technical challenges. You’ll need to understand the existing technical limitations of SpatialOS, and also its potential. You’ll also learn to identify how different creative and technical choices that get made early on in development will impact a games’ hosting costs later on. It’s also essential to understand what’s fun from a player’s point of view, of course, so an omnivorous appetite for multiplayer games is key.

The Partner Engineering division is also responsible for ensuring that studios have all the integration solutions and best practices they need to make adopting SpatialOS as smooth a process as possible. That’s where the Engine Integrations team comes in. SpatialOS is as complex as it is powerful, and game engines are equally intricate. Getting the two technologies to interoperate – even when you’ve got engine-specific GDKs – can be far from straightforward. Depending on the project, you might be digging deep into the GDKs or developing custom integrations for proprietary engines.

The Games Solutions team provides the expertise and insight that partners need in order to build, launch and operate a game using SpatialOS. Whether it’s with a third-party partner or one of Improbable’s three studios in Canada, the US or the UK, you’ll usually be working closely with – or even embedded within – the studio in question. You’ll be responsible for supplying the technical skills they need to bring their creative vision to life, so if a game requires large-scale physics in the cloud, you’ll be working out how to make that happen. (You’ll also be one of the first people in the world to achieve that, by the way.) 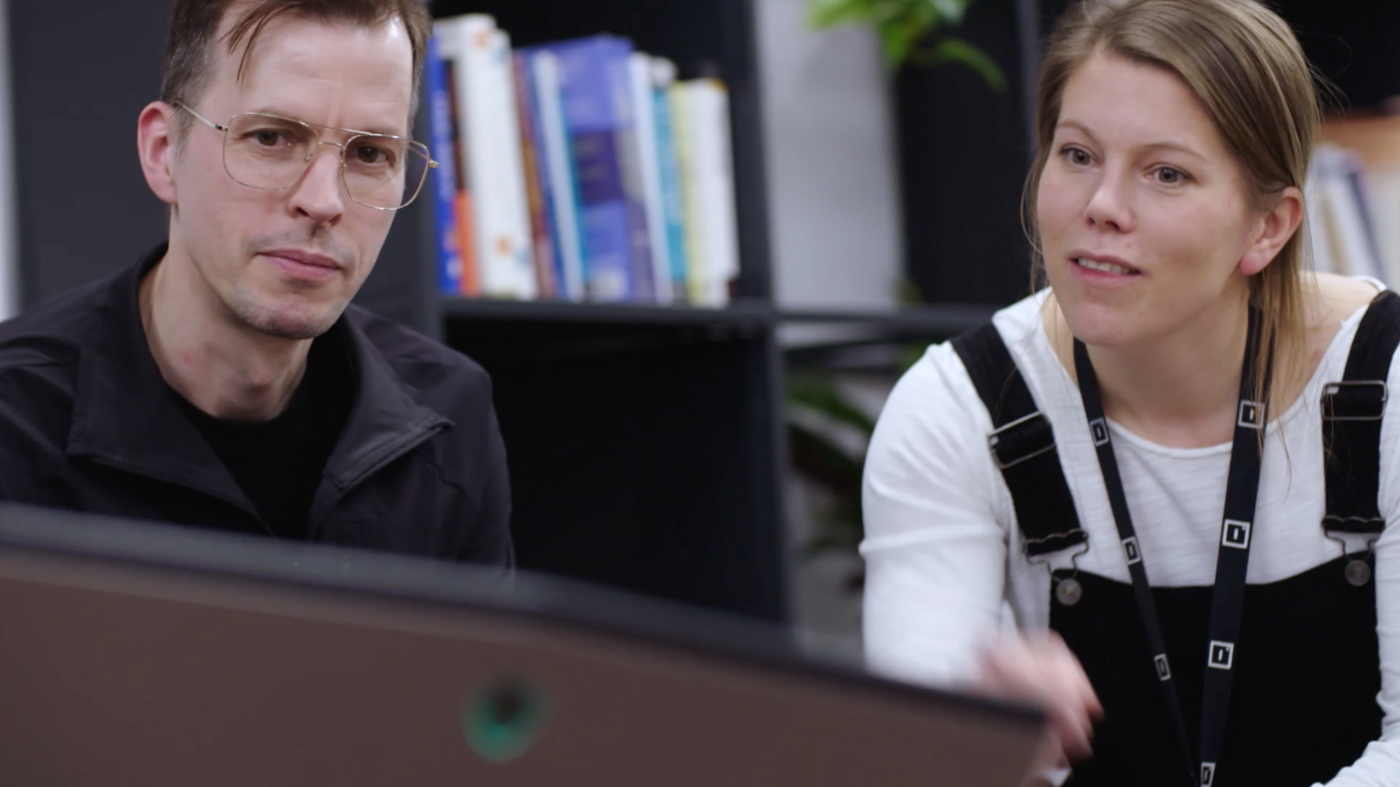 Work on some of the toughest challenges in multiplayer game development

Whichever team you find yourself on, you’ll spend your days using and improving some of the most advanced distributed systems and game networking technology in the world. At the same time, you’ll also be working on groundbreaking games alongside some of the biggest names in the industry.

And perhaps that’s one of the things that everyone agrees on when you ask them why they’re here. In the same way that small rudders can steer mighty ships, everyone in the division feels they have the chance to make a difference. Most of the time, you’ll be part of a small, tight-knit team helping a partner studio achieve something that’s going to have a profound impact on the success of a game. Sometimes, however, there’s a chance to alter the course of Improbable itself.

According to one engineer I spoke to who has been with the company since the early days, this is one of the reasons you won’t have to contend with big egos here. In fact, humility is one of our core values, and we keep hierarchies to a minimum. Everyone knows that experience is valuable, but inspiration is priceless – and it doesn’t matter where it comes from.

‘Not too long ago,’ he told me, ‘one guy, fresh out of university, quietly took a kind of “unofficial” look at the SpatialOS runtime. Now, this system is something we’re incredibly proud of and a lot of highly experienced engineers have years putting a ton of work into it. But he clarified a few things, simplified others, and suggested solutions to problems we didn’t even know were holding us back. Pretty soon we realised that the pull requests he was proposing would contribute to some big performance gains. And they did.

‘Some companies wouldn’t take kindly to this. But it’s exactly the kind of thing Improbable values most.’ 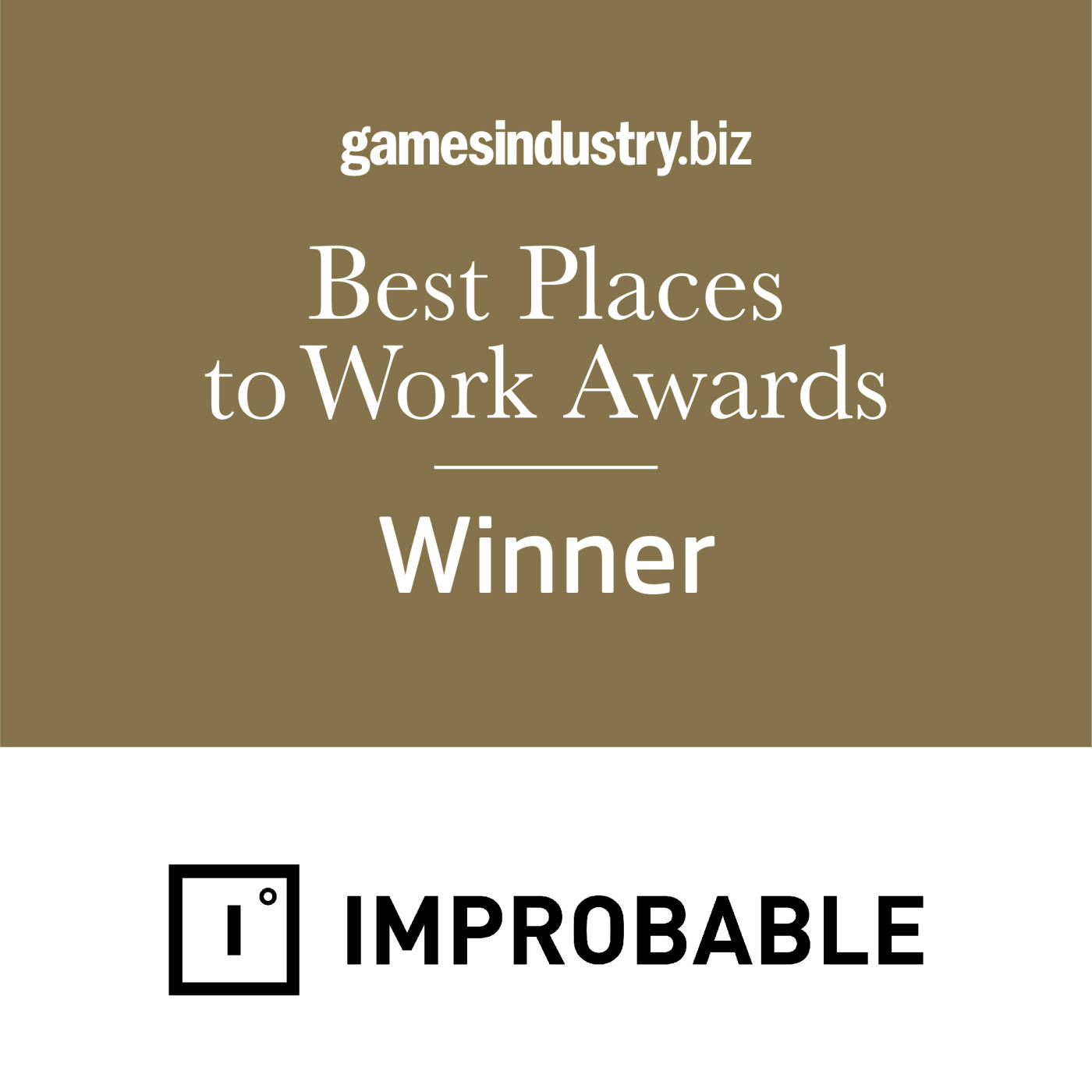 We're very happy to have been identified as one of the top four large games businesses to work in the UK by Gamesindustry.biz, based on information provided by Improbable and responses from our employees to an anonymous questionnaire. Find out more.

If you’re interested in joining our Partner Engineering division (or any of our other teams), head over to the Opportunities page: