Worlds Adrift is a massively multiplayer, sandbox game being built with SpatialOS by London-based developer Bossa Studios, makers of the critically acclaimed I Am Bread and Surgeon Simulator.

The histories of Worlds Adrift and Improbable’s SpatialOS platform are intimately linked. In 2014, Improbable CEO Herman Narula and Bossa Studio’s Gamer-in-Chief Henrique Olifiers first began discussing how they could develop “a game that couldn’t be made” on a “technology that didn’t exist yet.” The result was the unique relationship between Improbable as technology provider and Bossa Studios as indie developer that, in turn, produced a massive multiplayer online game (MMO) like no other – Worlds Adrift.

Worlds Adrift is a virtual world where thousands of players can explore a huge, persistent planet composed of unique floating islands. Players set their own objectives in an unpredictable environment that is designed to create the perfect conditions for emergent gameplay and unforgettable multiplayer experiences. Every encounter with AI creatures, other players, or undiscovered locations brings new drama, conflicts, moments of wonder, and palpable consequences.

“It isn’t a game, it’s a place – it’s alive all the time. It gives me a weird feeling when I play it because you just don’t know what might happen.” – Herman Narula, CEO of Improbable.

To get an idea of what’s it like to play the game, you can read about the adventures that befell Improbable’s engineers when we dipped into an early alpha of the game last year. 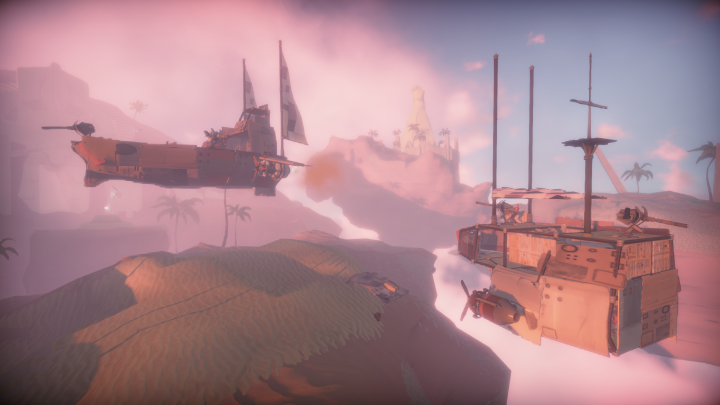 A unique MMO with a different concept of progression

As Worlds Adrift is made with SpatialOS, it allowed Bossa Studios to implement a persistent world with all players in a single “shard”. In a move away from traditional MMO progression, (XP loops, scripted quests, etc.) play is governed by what you are able to accomplish in the face of unpredictable emergent situations that the game world throws at you, whether this is other players, intelligent AI or the environment.

Will you form a crew with other sky nomads that you meet? Will you become the greatest sky pirate the world has ever known? Will you make the fastest ship the game has ever seen? It’s up to each player to decide how they leave their mark.

“When you let people discover their own objectives, their own motivation for playing or entering a world, then the effect is much more powerful than anything a game developer could script or create for them.” – Henrique Olifiers, Gamer-in-Chief of Bossa Studios. 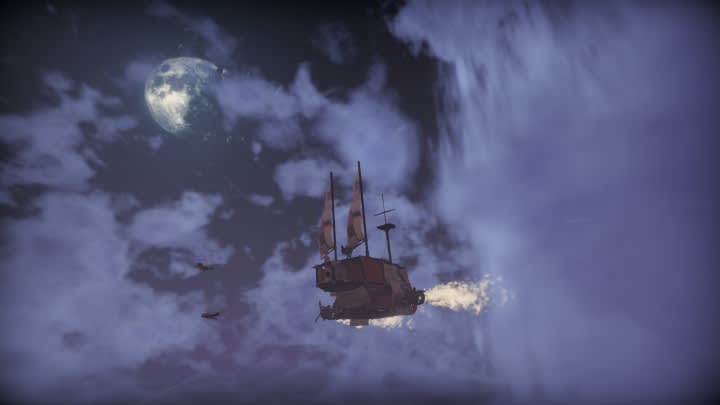 Improbable’s unique technology allows Bossa to run the distributed physics that powers the core gameplay of World’s Adrift. This is evident right from the outset where you must quickly master your grappling hook and other unlockable tech (including a personal hang glider) to manoeuvre your character skilfully around each island and defend yourself against threats.

The other core gameplay loop is researching and building all the components required to build the iconic skyships and fly-sail to islands beyond your initial home. These ships also obey the game’s physics, both in construction and in flight, and are therefore fully customisable in design and layout. Only the best designs with the rarest components will survive the game’s dramatic storms, and attacks from other players and the many AI creatures.

You will of course need a crew to pilot these ships and man the cannons you craft for them. So the way you interact with other players forms another crucial part of the game’s experience. Individual crews can achieve great things and can even form Alliances – a larger player-body that, if properly organised could produce epic sky battles and aerial campaigns that the development team hope go beyond their wildest dreams.

“Worlds Adrift is one of the most ambitious physics games i’ve ever seen.”

Make it past all of these obstacles and distractions and players will be able to discover islands that no other person has reached. Bring out your inner dungeon-crawler and search for the choicest items amongst the shattered world’s ancient ruins. As you explore each new location, you’ll scavenge for the resources, craft items and fuel needed to survive before moving onto your next adventure. 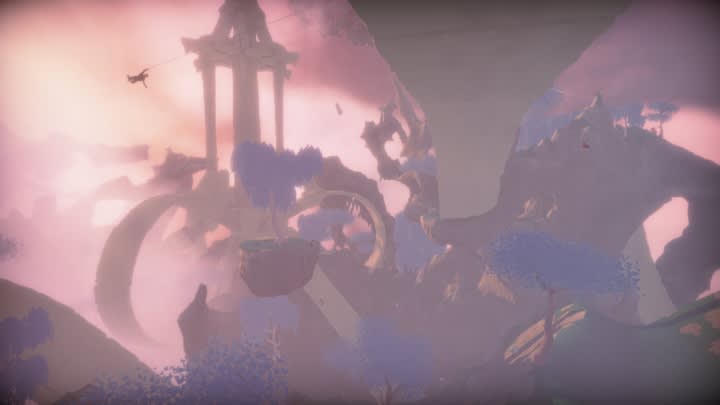 Things that happen to you, your ship and your crew will leave their marks on the world itself. Your wrecked ship may be salvaged by other players, enemies you make along the way might well remember your name in the future, and resources that you exhaust will have effects on the AI creatures and their ecosystem. NPC creatures will feed, breed and sometimes migrate for their own survival. Getting in their way by turning their natural habitat into your ship’s fuel will have consequences – so be prepared for fight or flight at every turn.

Even though your goals in game are yours to decide, new content for Worlds Adrift can be added as the world grows in scale and complexity. Islands built using the free Worlds Adrift Island Creator have a chance of being selected for addition into the game itself in future updates. You can download this stand-alone title for free and begin terraforming your own devious island traps for other players or building a skybound oasis for weary travellers.

Islands you discover are filled with treasure for your ship and character. However, piece by piece you’ll also start uncovering lore as you slowly untangle the past lives of islands and the civilisations that shattered to form them. 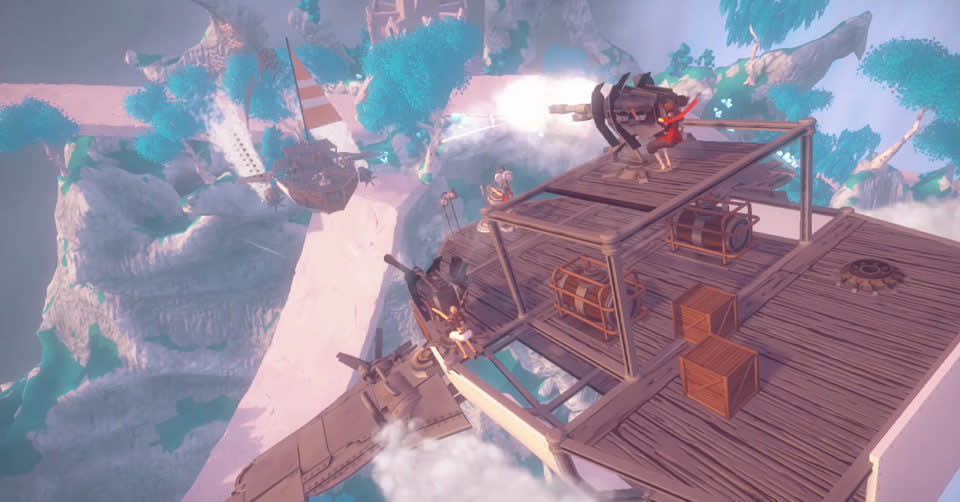 Sign up to register your interest by visiting the game’s official website. You can also add the game to your wishlist on Steam.