Worlds Adrift by Bossa Studios is a SpatialOS-built, persistent, sandbox MMO set in a world of skyships and floating islands. Every tree that falls and every item that is crafted exists and remains where it is, until you or someone else interacts with it. Defeat a ship and watch its wreckage plummet to the ground where it will rust through the passing of time, or until another player salvages it.

In a recent forum post, the Worlds Adrift team announced that the game is moving closer towards the next critical stage of its development with Steam Early Access and the launch of the Closed Beta planned for “the end of April.” 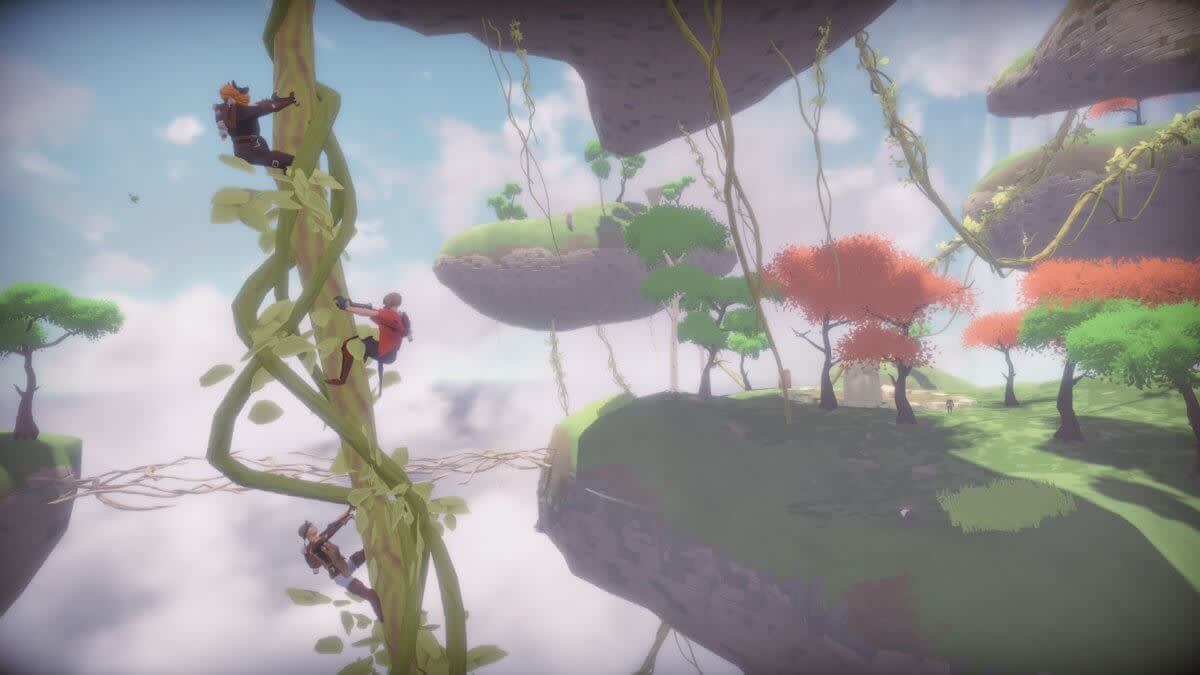 "We feel the time for getting Worlds Adrift into Closed Beta via Steam Early Access is coming, and the date is end of April,” said Henrique Olifiers, Gamer-in-Chief of Bossa Studios.

“Getting to Closed Beta is just the start of the journey: you’ve seen how much we’ve been updating the game, and we very much intend to carry on doing so. If anything, we’ll get faster at adding new features and bug-fixing following your feedback and ideas, thanks to our increased ability to reinvest into the game with the backing from Beta players.”

Recent updates to the game include the fantastic global lighting that landed in January. New features that are currently in development include the ability for player characters to climb trees and other surfaces to gain profitable (and pretty) vantage points. Additionally, work is being carried out to diversify island types in the game, which the team are calling “biomes”.

“Probably the biggest new feature is a complete revamp of how the world is laid out, and the identity of these different zones.” said Herb Liu, Producer on World’s Adrift. “We call these biomes, and the game will have four distinct ones to begin with: the Wilderness, Expanse, Remnants, and Badlands. Jeremy talked about these in his blog post a few weeks ago, but perhaps bigger than the biomes themselves is how they let us flesh out exploration and discovery in Worlds. Each biome will have its own loot tables, so certain types of lore or schematics will only be found in certain biomes. Even the salvageable scrap metal you find protruding out of the ground will depend on the biome. And of course, the weather barriers we introduced a couple Alpha rounds ago will now serve their intended purpose of separating the different biomes.” 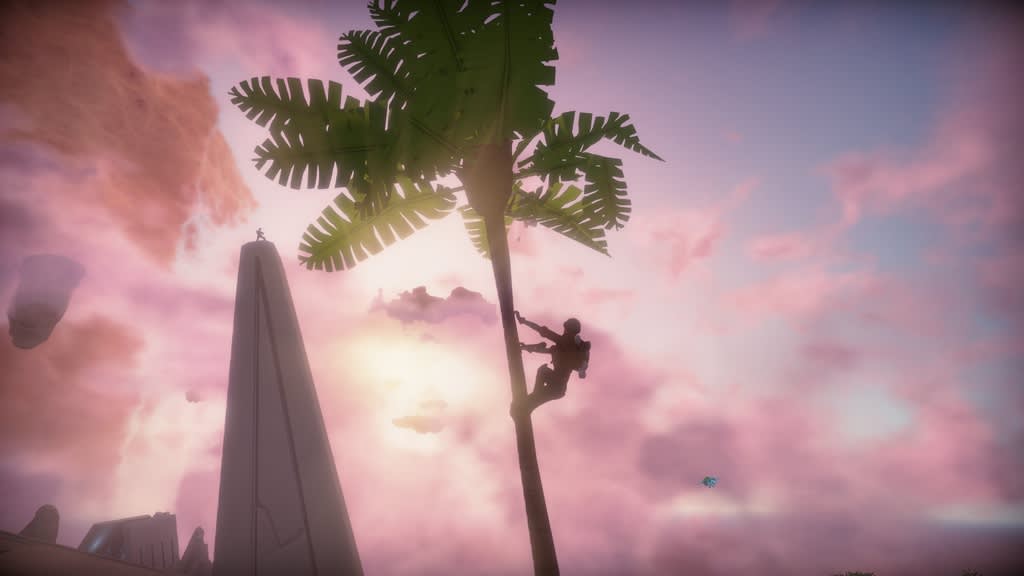 A key feature of SpatialOS games is the ability to create persistent game worlds and Worlds Adrift will be no different. Another key aspect of the team’s current work involves fleshing out these persistence mechanics and the lifecycle of the game’s islands and crafted items.

“Something we’ve been talking about for a while that’s finally coming into the game is an object lifecycle on islands. Loose objects players leave behind will start to deteriorate and sink into the ground. As the tempestuous death clouds strike the islands with lightning bolts from below, exciting the atlas buried within and creating mini-earthquakes, some of these objects will become completely buried. At the same time, other forgotten relics of the past will be brought to the surface.” said Bossa on their Worlds Adrift blog.

As the tempestuous death clouds strike the islands with lightning bolts from below, exciting the atlas buried within and creating mini-earthquakes, some objects will become completely buried.

Bossa have also revealed that they will be introducing players to the Early Access game in batches as a way of avoiding the typical problems that can plague MMOs when large numbers of users are added during a launch.

“We’ve all seen time and time again large multiplayer games suffer from not being able to handle the extra load at launch, and we really want to make sure this doesn’t happen to Worlds Adrift. These problems are inherent to the genre, but we really want to ensure the rapid influx of players coming in all at once doesn’t create queueing problems, server instability, lost progress, etc.,” the team at Bossa said. 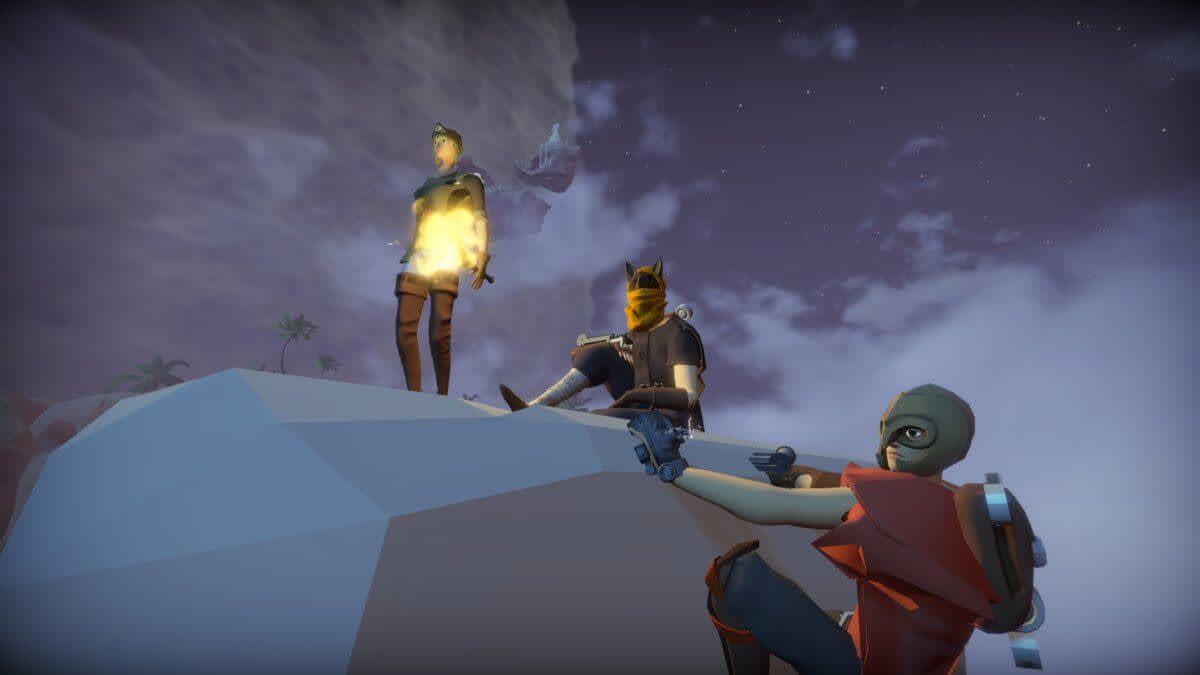 “So our solution is straightforward: we’ll make the game available to batches of players. Once we can guarantee that current players are having a good experience, we’ll allow more players into the game with a new batch of keys. While this ensures those playing will have a smoother ride, the side-effect is that not everyone will be able to play the game on day one.”

“We’re intending this phase, with its staggered batches, to last between three and four months, after which we’ll finally open the doors to everyone. Then we’ll reset the servers one last time and move the game out of Closed Beta – but Beta players will be able to keep special items that will not be available again after the reset. They’ll also get a bit of a headstart for being a part of the Closed Beta!”

Get involved with the story of Worlds Adrift by heading over to the official website and signing up. There you can also browse or join Alliances - a team-building mechanic designed to find you a daring crew for adventuring when the game becomes more widely available. In the meantime, check out a fantastic recent article by Rock Paper Shotgun called “Worlds Adrift made me believe in MMOs again”.

Discuss this article and more on the SpatialOS Community Forums. Download SpatialOS today and begin your own project. Find out about more SpatialOS titles in development on our Featured Games page.